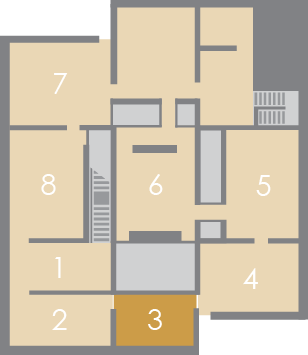 Still always stressed that the figure, nature, and the landscape were the three essential components of his art. During the 1930s, he created an ensemble of several moderately large drawings in charcoal and pastel using his wife, Lillian Battan, as a model. These studies add a relatively unexpected dimension to the well-known image of Still as a radical abstractionist: Still could draw with ease in a highly conventional—indeed, almost academic—manner. Furthermore, the choice of a feminine subject proved significant. In the years ahead, when Still began to treat the figure far more imaginatively, certain of his demonic and monstrous presences—as seen in a 1935 pastel (PP-4) and two lithographs from 1943–44—retained feminine traits such as long hair. 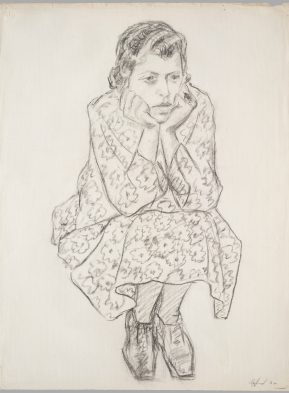 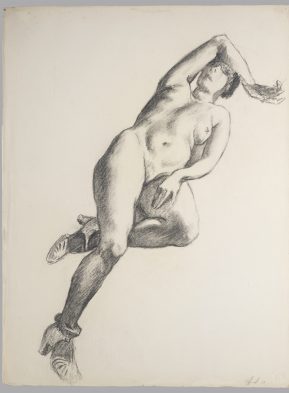 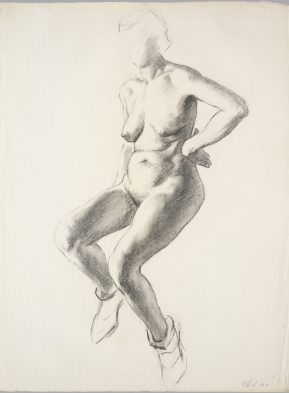 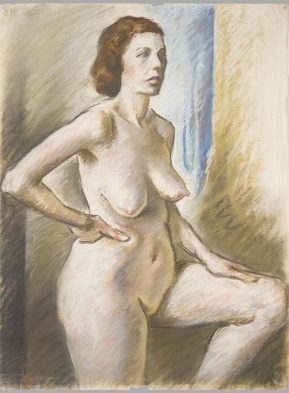 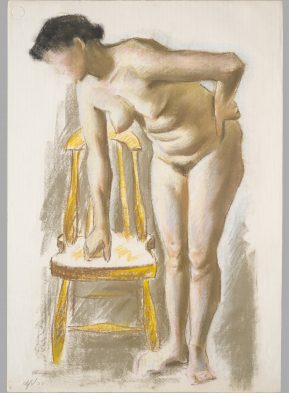 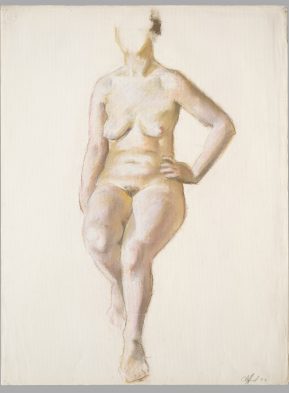 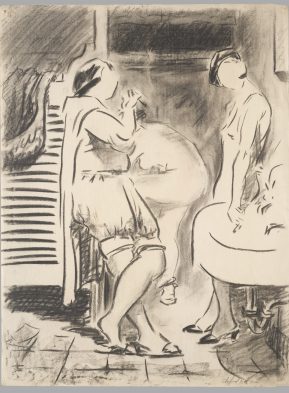 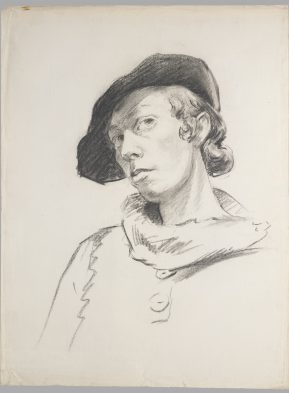 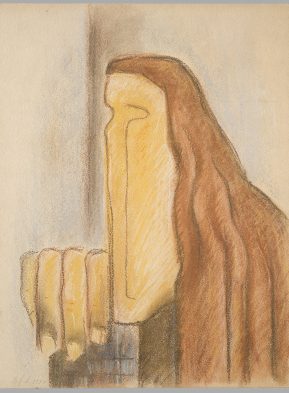 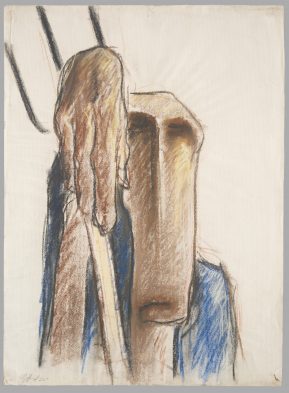 In contrast to these conventional works, Still produced a substantial group of pastels during the summer of 1936, when he spent time at the Nespelem reservation of the Colville Confederated Tribes in northeastern Washington State. These delicate and refined images range from elaborate portraits of the Native Americans to deft records of their attire, dwellings, and environment. The drawings are distinguished by their coloring, involving vivid notes of violet, orange, and lemon yellow. These idiosyncratic hues return, transformed, in Still’s abstractions. 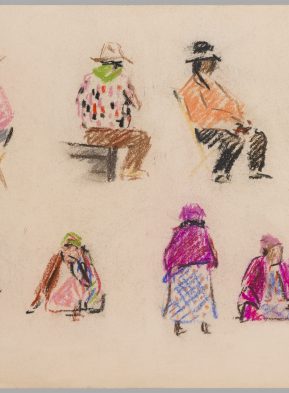 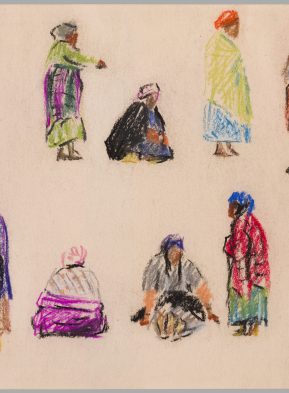 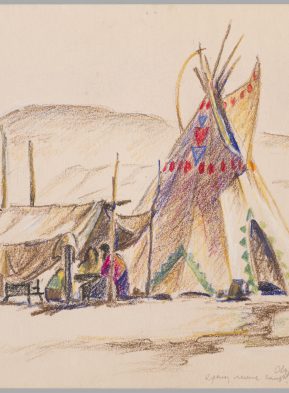 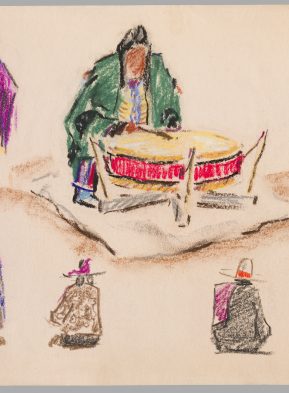 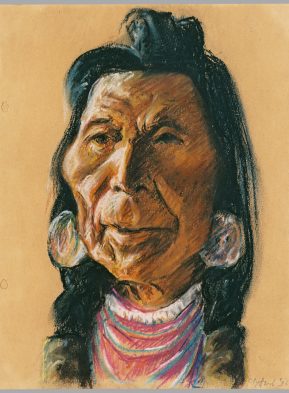 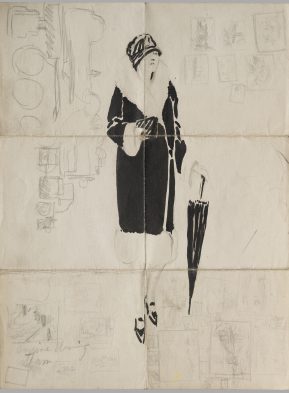 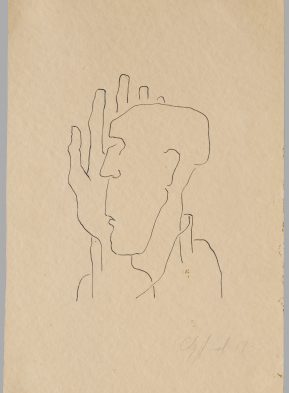 These two prints are from a series of twenty-one lithographs created between 1943 and 1944, and stem from earlier paintings. The drama of their chiaroscuro (a contrast of light and dark), which includes a bright sun and gleaming axe-head set against shadowy bodies, reflects Still’s Manichaeanism: an ancient philosophy that envisions a dualistic universe in which darkness and light (and good and evil) contend. 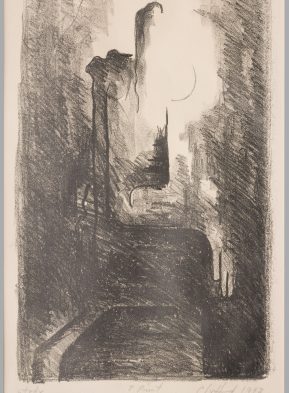 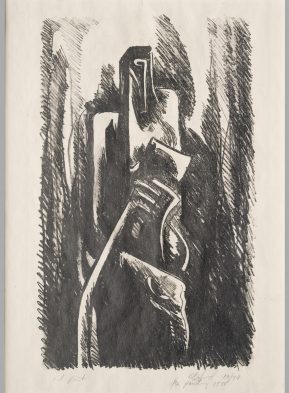 Here, Still portrays his first wife, Lillian Battan Still, wearing a dress printed with distinctive multipetal flowers. Curiously, a similarly shaped flower appears in PH-753 (1938) (oil on canvas, CSM) as the figure’s eye, suggesting that the abstracted figure shown in the later work may also be a representation of Lillian.

Still's many pastels often belie the stereotyped perception of his art as an abstract treatment of craggy, sublime landscapes. Indeed, his work in pastel could be by turns delicate, incisive, and imaginative—as in this macabre recasting of the farmer from Grant Wood's American Gothic (1930).

Still’s portrait of Willie Andrews reveals not only his sympathy for Native Americans, but also his deft touch and rich use of color.

Still often employed line to capture the essence of a subject, subsequently reinforcing it with shading, volumes and planes. In this iconic early portrayal of a man’s head and hand, the anatomy is reduced to bare tracery. Remarkably, here Still tapped the period’s popular culture—specifically Hollywood’s Frankenstein (1931) and Bride of Frankenstein (1935) movies—for the skeletal hand and skull-like profile of his ominous personage.

Menu
< Clyfford Still: The Works on Paper » The Figure >