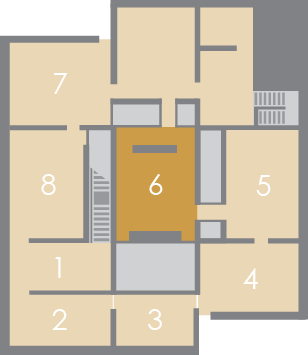 In 1946, Still accepted a teaching position at what is now the San Francisco Art Institute. Despite a relative surge in drawing output during the first half of the 1940s, his works on paper number fewer than forty in the second half. Although it is tempting to attribute this scarcity to his busy teaching schedule, before Still left for New York in 1950 he made more than a hundred paintings on canvas, which are arguably some of the greatest paintings of his career. Thus, it is more likely that Still used this time to nurture his advancing style in the larger, more dramatic format of stretched canvases.

Certain late-1940s works on paper closely mirror the direction of Still’s paintings, such as PH-479 (1948) and the tour de force PH-455 (1949), both of which boast dense, richly rendered imagery executed in high-key color. Special attention should also be given, however, to a less typical group of works, which emphasize large areas of bare paper that become expressive passages of “silence” within each composition. While areas of undrawn paper and unpainted canvas were not uncommon in Still’s earlier 1940s production, these austere images represent his most daring use of this technique until the 1960s, when it became a fundamental characteristic of his late works. 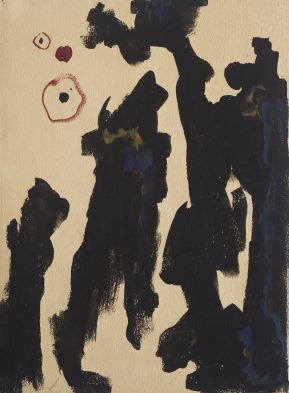 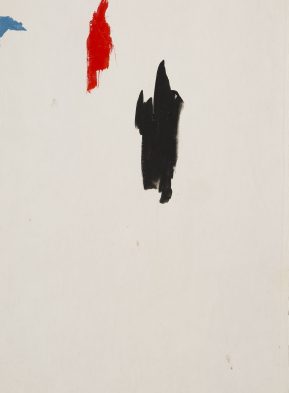 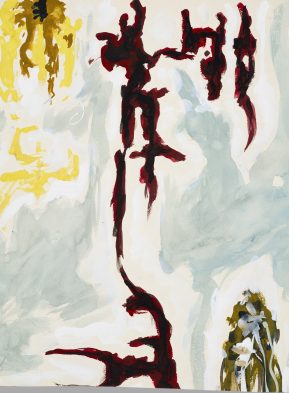 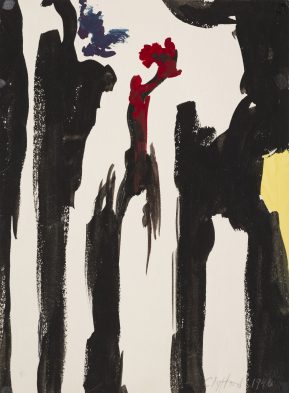 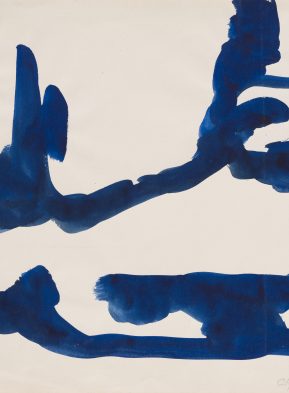 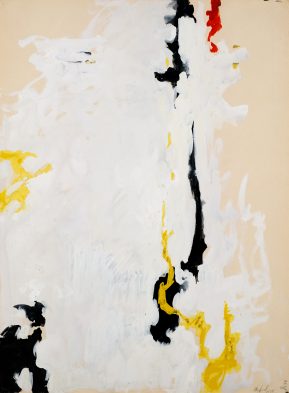 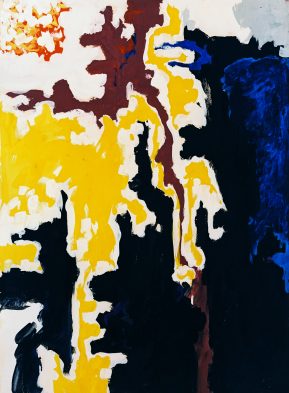 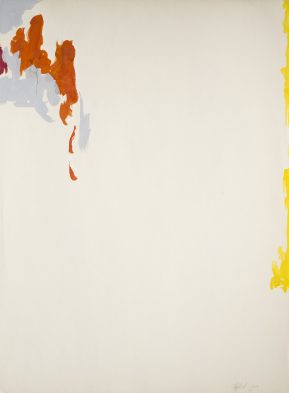 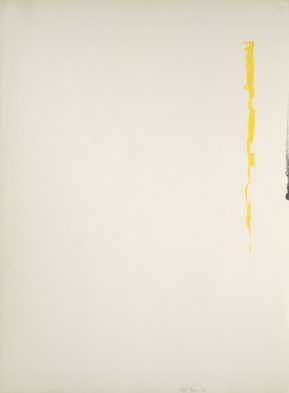 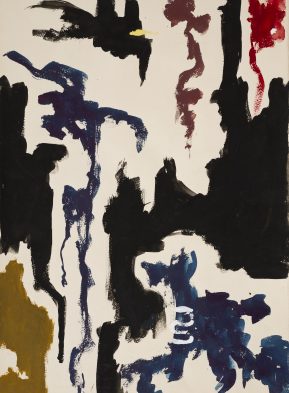 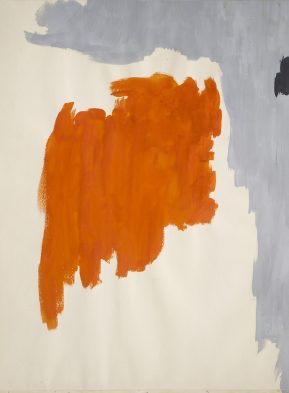 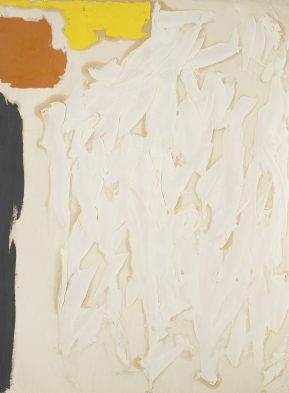 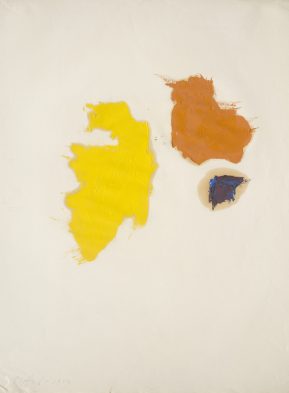 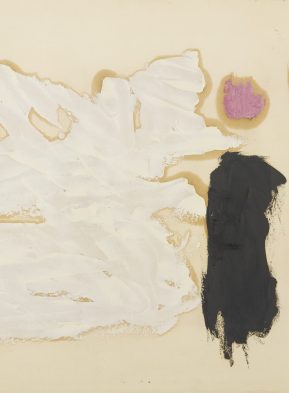 These small pastels are from a group of twenty-five that seem to have been taken from a single small, spiral-bound sketchbook. Dating from the height of Abstract Expressionism, they signal Still’s return to pastel, a medium that he used for most of his drawings from this point forward. 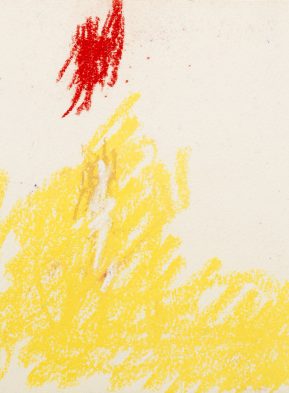 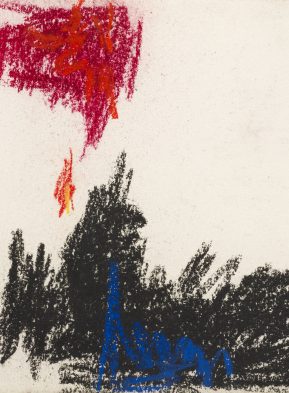 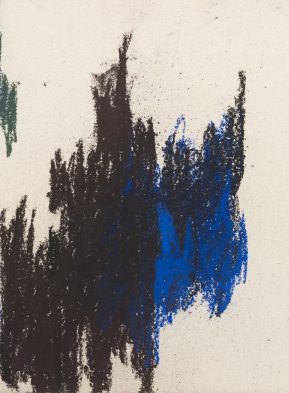 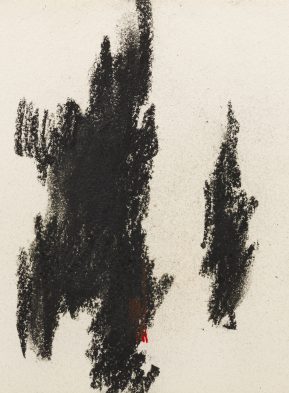 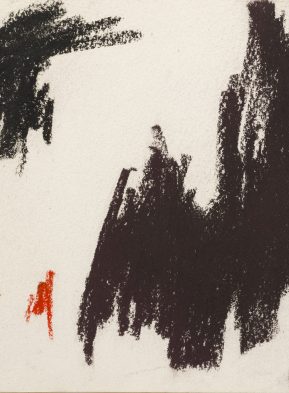 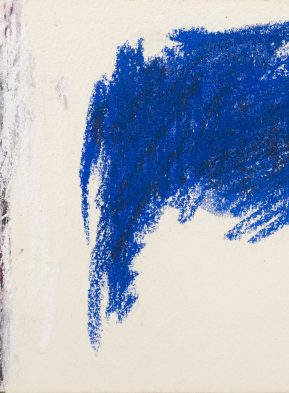 Still often made certain internal elements—like the two floating forms seen in this small tempera painting—and passages within individual works echo each other. This practice suggests that doubling and repetition were important aspects of his art. See for example PW-9 (1923), watercolor on paper; PD-15 (1930), graphite on paper; PH-493 (1943), oil on paper; and PP-594 (1971), pastel on paper.

Made near the end of his fertile time in San Francisco, this gouache on paper, one of the largest drawings Still ever made, is a masterwork of his Abstract Expressionist period. Though seemingly non-objective, the three horizontal lines at the bottom of the yellow form correspond to ribs seen in earlier figural works, suggesting that the maroon form on the right could also be viewed as a figure in dialogue with the yellow one. Later in his career, Still declared, "The figure stands behind all my work."