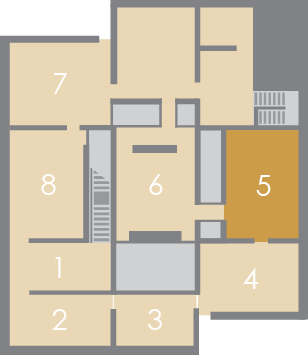 In late 1943, Still moved to Richmond, Virginia, where he took a teaching position at what is now Virginia Commonwealth University. Over the following eighteen months, the artist made roughly one hundred drawings almost exclusively with oil paint. Many of these compositions (PH-480, PH-488, PH-536) later progressed into large paintings on canvas.

These often mysterious works on paper are in fact quite revealing about how Still synthesized various representational forms into abstract lines, profiles, and marks (for example, the suggestion of a head, torso, and stalks of wheat are found in PH-547). On the other hand, many others constitute Still’s most abstract compositions to date (PH-535, for example). 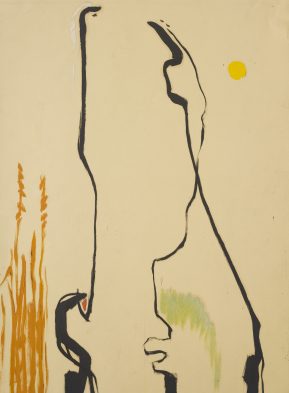 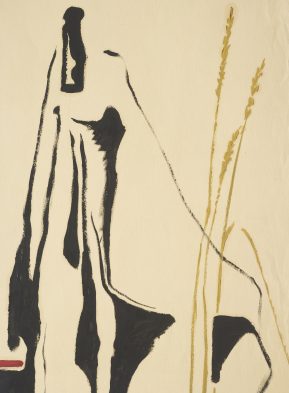 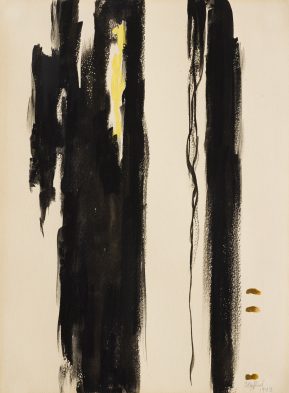 As with his paintings, Still executed many of these drawings with a palette knife rather than a brush, perhaps because a knife produces a more incisive, tactile mark. Still’s paintings emphasize draftsmanship—arguably to a greater extent than those of his Abstract Expressionist colleagues. Silhouettes, crisp dabs of pigment, meticulously traced and sculpted contours, and slender vertical strokes (which the artist called “life lines” to denote their vitality) seem to define the immanence of lurking inner forces. 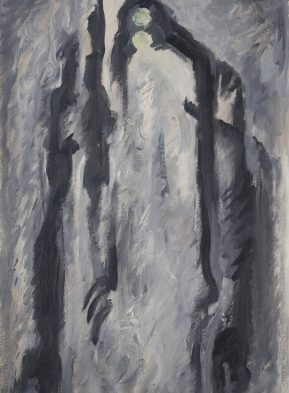 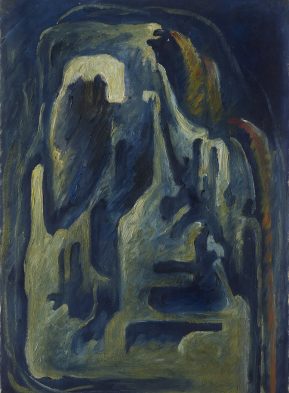 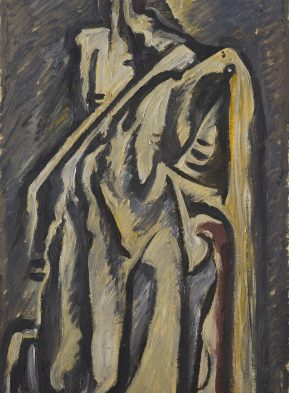 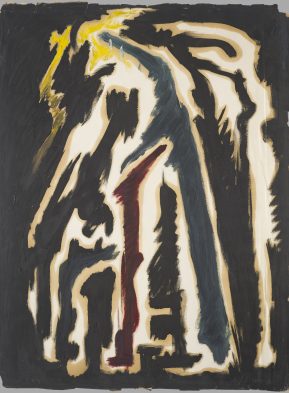 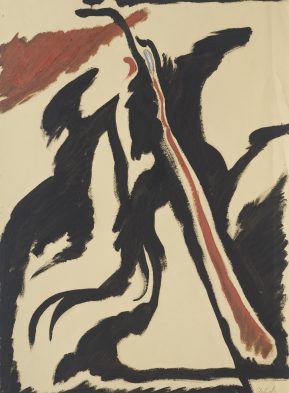 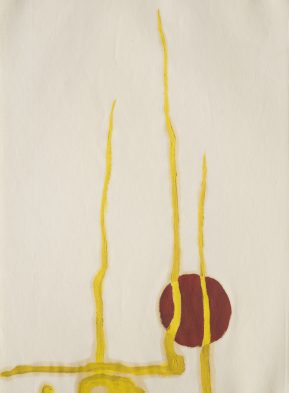 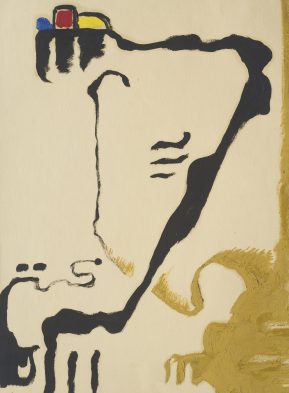 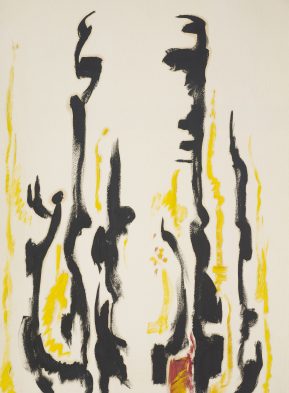 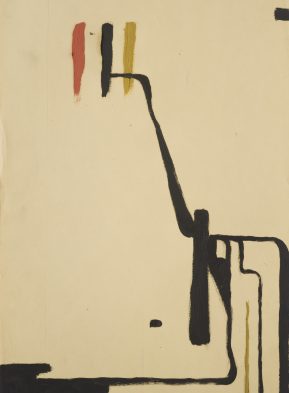 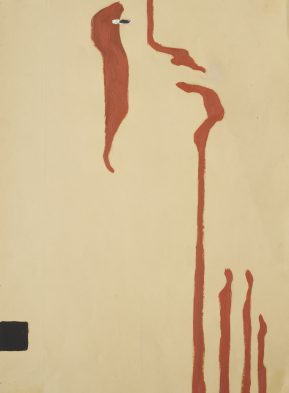 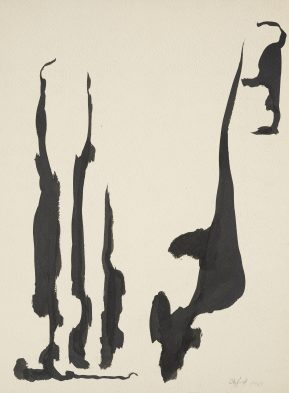 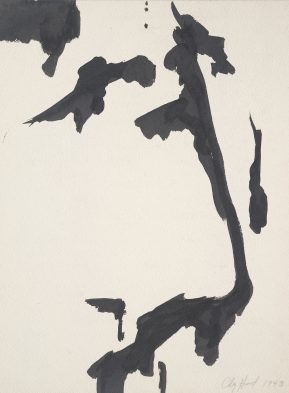 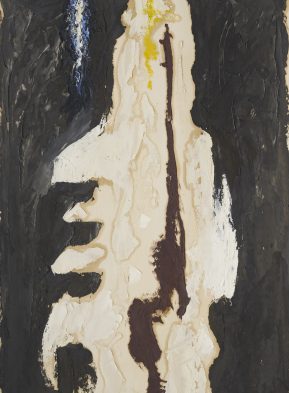 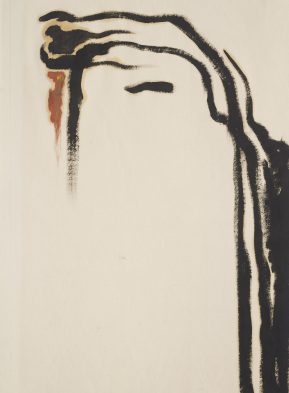 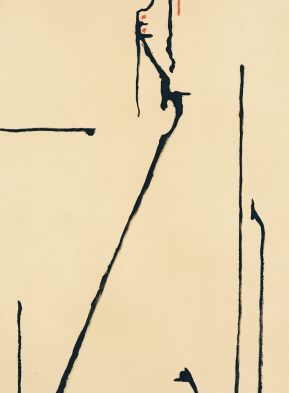 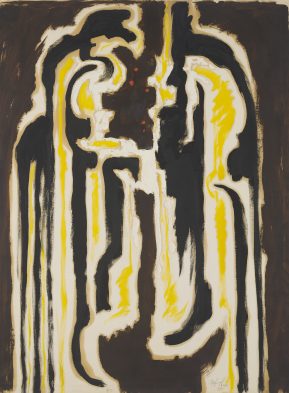 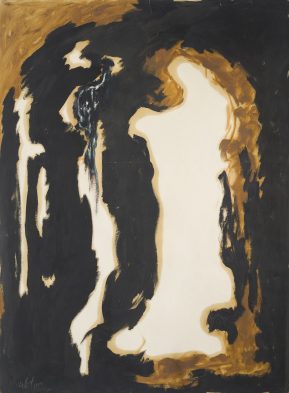 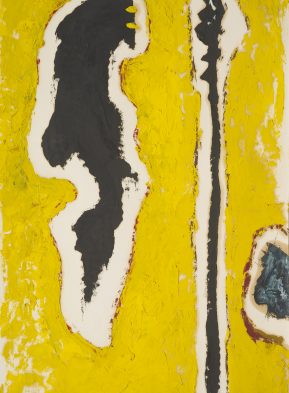 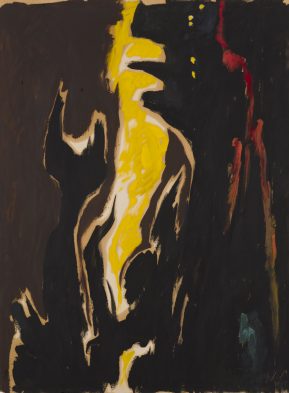 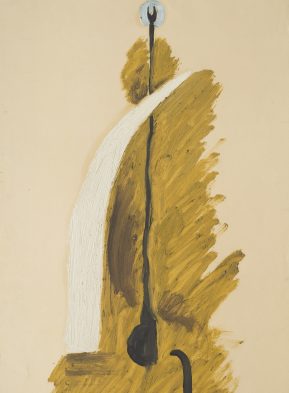 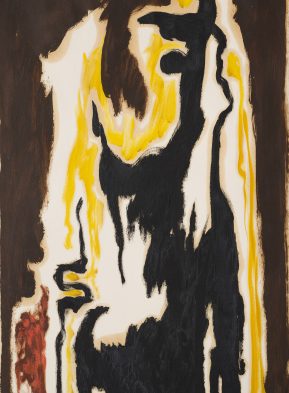 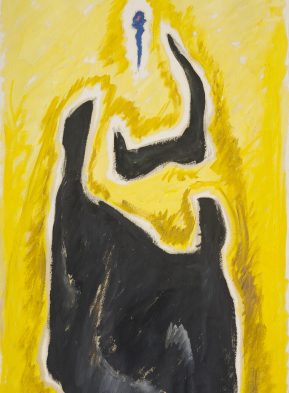 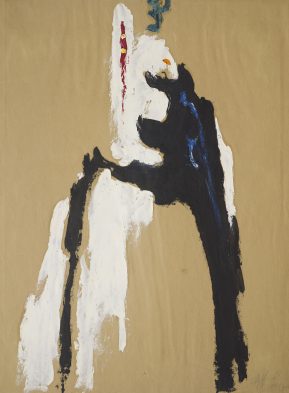 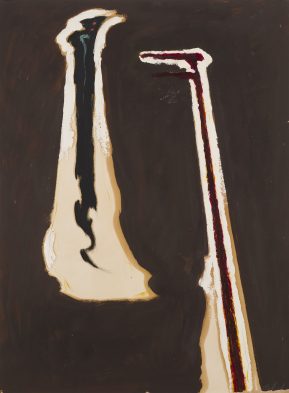 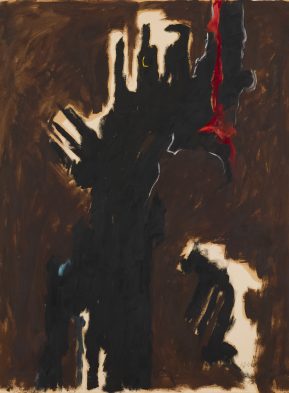 In the fall of 1943, Still moved to Richmond, Virginia, to begin a two-year teaching stint. While there, he created more than one hundred works in oil on paper, which chart his movement toward abstraction.

In this work, as in many from this time, traces of figuration are still evident, here in the bonelike diagonal form that seems to end in a hand in the lower left corner.

Still often made certain internal elements—like the two rising forms seen in this oil on paper—and passages within individual works echo each other, suggesting that doubling and repetition were important aspects of his art. See for example PW-9 (1923), watercolor on paper; PD-15 (1930), graphite on paper; PH-510 (1946), tempera on paper, and PP-594 (1971), pastel on paper.

Among the many drawings Still made during his prolific Richmond period are several near-total abstractions, such as this drawing made with black watercolor, which predicts the imagery of his Abstract Expressionist paintings of the later 1940s.

Exhibited in Still’s first New York one-person exhibition at Peggy Guggenheim’s Art of This Century Gallery, New York, 1946.
This oil on paper, executed with a palette knife, has an exceptional painterly touch. The exuberant yellow background provides a foil for the vertical, black "figures," which are haloed in bare-paper areas tinged with deep maroon.

Purchased by Betty Parsons from Still and exhibited in the Institute of Contemporary Art’s exhibition “The Decisive Years,” Philadelphia, 1965.

Menu
< Clyfford Still: The Works on Paper » The Richmond Oils >